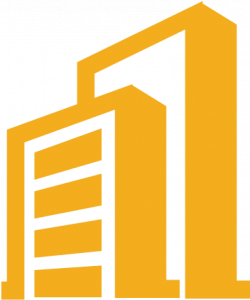 INTERNATIONAL TAXATION & EXPAT TAX :Whether you are a corporation or a partnership with international operations or a business or individual working abroad or foreign citizens working in the U.S., we can help you plot a course through cross-border taxation issues. There are many special rules and policies for businesses with a foreign presence. We can help you make sense of how you are affected by them.

Some of the disciplines we are specialized in:

Required to be prepared and filed if you qualify for either physical presence test or Bona fide residence, exclusion amounts changes every year. For example, it was $105,900 in 2019 and $107,600 for year 2020. INTERNATIONAL TAXATION & EXPAT Tax

If you are required to file Form 8938, you must report your financial accounts maintained by a foreign financial institution.

The following are considered reportable under the code:

U.S. citizens and U.S. residents who are officers, directors, or shareholders in certain foreign corporations are responsible for IRS Form 5471 filing.

Under the TCJA, rules requiring the inclusion of GILTI for controlled foreign corporations (CFCs) were added. The new rules are in Section 951A and other sections of the Internal Revenue Code (IRC). The inclusion aims to tax U.S. shareholders on their allocable share of earnings from a CFC. This is to the extent that the earnings exceed a 10% return on tangible assets allocated to the U.S. shareholder. INTERNATIONAL TAXATION & EXPAT Tax

Usually amounts of $100,000 or more are required to be reported in a calendar year.

Required when there is distribution of income from a passive foreign investment company (PFICs) in which a U.S. person is a shareholder or a disposition of the shares of a PFIC by gift, death and most types of otherwise tax free exchanges or redemptions.

FATCA was signed into law in 2010, with an aim to levy certain taxes on U.S. citizens and entities with substantial overseas holdings and the overseas institutions that enable some sorts of tax evasion. Requires foreign banks to report and pass due diligence of US persons bank accounts to accurately report to the US treasury based on agreements signed by the US and foreign countries. US person is required to report such accounts using from 8938, please see more details under form 8938 above.

FBAR was a little-enforced portion of the Bank Secrecy Act of 1970 that has seen its revival in the wake of the financial crisis of 2008, which resulted in a renewed desire by the Department of the Treasury to crack down on tax evasion. INTERNATIONAL TAXATION & EXPAT Tax

Form 14654 and the Streamlined Offshore Program

Differences between the SFOP and SDOP

The differences between the two lies in their requirements. For the SFOP, the taxpayer has to meet the non-residency requirement. This requirement is not related to the following: citizenship, filing of 1040 or 1040NR, and the physical presence test. Those who qualify for the SFOP must be outside the United States for at least 35 days in 1 of the last three years. The SFOP is a more lenient program between the two, although both programs require 6 FBARs and three tax returns.

If unable to fulfill the required number of days outside of the U.S., the person can only file under the DSOP. One advantage of the SFOP over the other is that it offers full amnesty from having penalties.

The Streamlined Domestic Offshore Program is the less lenient program between the two. SDOP requires a taxpayer to comply with a payment of 5% of the taxpayer’s combined year-end financial assets. INTERNATIONAL TAXATION & EXPAT Tax

Non-residency requirement applicable to individuals who are not U.S. citizens or lawful permanent residents:

Individuals who are not U.S. citizens or lawful permanent residents, or estates of individuals who were not U.S. citizens or lawful permanent residents, meet the applicable non-residency requirement if, in any one or more of the last three years for which the U.S. tax return due date (or properly applied for extended due date) has passed, the individual did not meet the substantial presence test of IRC section 7701(b)(3).

–    Foreign stock or securities not held in a financial account

–    Financial statements held at a foreign branch of a U.S. financial institution

If the gross income for the asset was not reported, such account is part of the calculation. An example would be an investment account that was reported, but the interest gains were not.

There are several advantages to filing DSOP. First, it provides an amnesty from several severe penalties like accuracy-related penalties, FBAR penalties, and “failure to file” penalties. DSOP also carries a 5% penalty risk. The program also limits only to 3 years without filing through any of the two programs.

DSOP requires the filing of the following forms: three most recent tax returns, any informational returns, and six most recent FBAR reports. A certification through Form 14654 is also needed. Form 14654 should indicate that the non-filing was unintentional. INTERNATIONAL TAXATION & EXPAT Tax

Similar to a subpart F inclusion, “U.S. Shareholders” of CFCs include GILTI in income on an annual basis. U.S. corporations may be entitled under section 250 to a deduction of up to 50% of their GILTI inclusion and related section 78 gross-up.

Unlike a subpart F inclusion, a U.S. Shareholder calculates a single GILTI inclusion, based on all of its CFCs.

In general, GILTI is the excess of a U.S. Shareholder’s “net tested income” (that is, the excess of the aggregate of its CFCs’ tested income over its CFCs’ tested losses), over its “net deemed tangible income return” (“net DTIR”), which is a deemed return on the CFCs’ tangible assets (10% of qualified business asset investment or “QBAI”) reduced by the CFCs’ “specified interest expense”).

You can also visit our Special Website for Expat Tax Services.